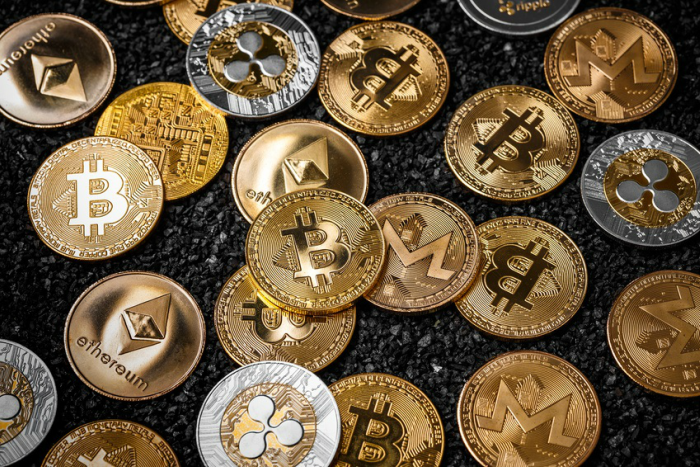 Cryptocurrencies are often seen as a great way to get rich quick, or poor quicker. To be honest, if I wanted to lose a shed load of money, I’d much rather nip down the bookies and put it all on Tripod Lad to win the 3:30 at Kempton Park. Whilst it might fall at the first fence, at least I would have some idea about the mechanics preventing it reaching the winning post. However, my approach to losing money is looking increasingly old school. It appears that there’s nobody left on the planet who doesn’t know somebody holding a fraction of a bitcoin in the hope that it will miraculously increase in value enough to put their grandkids through university.

So, how worrying is the rise of the derivatives on cryptocurrencies? Well, we’ve certainly seen extreme volatility in this asset class, commonly attributed to investor behaviours of herding and regret-aversion. Does this create systemic risk? Well, it’s tempting to believe this asset class isn’t mature enough yet to represent a risk to the entire financial system. However, the launch of exchange traded derivatives on cryptocurrencies has led to involvement of increasing numbers of systemically important financial institutions in this asset class. The CFTC Chairman J. Christopher Giancarlo has warned whilst cryptocurrency derivatives are a relatively small market in terms of systemic risk, it is one that the CFTC needs to watch carefully.

So, we hope this is a development the EEA regulators are also watching carefully. Surely this is one of the good things about EMIR trade reporting – ESMA and other EEA regulators will have had 6 years of analysing cryptocurrency derivatives to assess whether they could have the potential to grow and become a new threat to financial stability. Or have they? Possibly not, as there is a great deal of confusion in the industry as to whether cryptocurrency derivative instruments are actually reportable at all under EMIR. Whilst some firms have decided to trade report them to trade repositories, others have not. The confusion stems from the definition of reportable derivatives. EMIR takes this definition from MiFID and the FCA has explained that whilst cryptocurrency derivatives are “capable” of being financial instruments under MiFID II, it does not consider cryptocurrencies to be currencies or commodities under MiFID II. This is unfortunate as it leaves firms with the added dilemma that if these derivatives are EMIR trade reportable, exactly how should they be reported. Those firms that have chosen to report have taken the decision to report as commodity derivatives; mainly because the ESMA validation for currency derivatives requires an official ISO currency code and cryptocurrencies do not have one.  However, it is debatable whether reporting cryptocurrencies as commodities will deliver much value to the regulators as they will not be recognisable as cryptocurrencies from the report. Maybe the perfect opportunity to address this issue would have been through the fundamental changes to the reporting technical standards implemented in October 2017.

The reporting of cryptocurrency derivatives may be one of the “known unknowns” in EMIR reporting. However, there are many known reporting errors in EMIR trade reporting that make it through the ESMA validation scheme. Just because a trade repository has accepted a report doesn’t mean it is error free. Some firms consider EMIR trade reporting to be a “fire and forget” reporting regime apparently forgetting the obligation for “complete and accurate” reporting so long as “T+1” is achieved. However, ESMA’s 2017 Annual Report and 2018 Work Programme makes it abundantly clear that the quality of data reported to TRs is not good enough and needs to be improved.