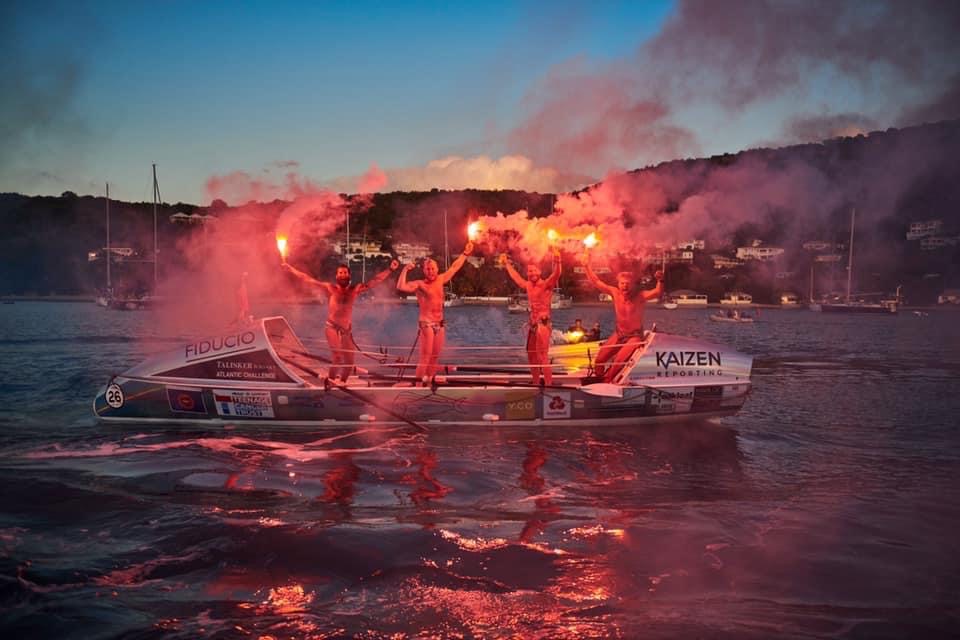 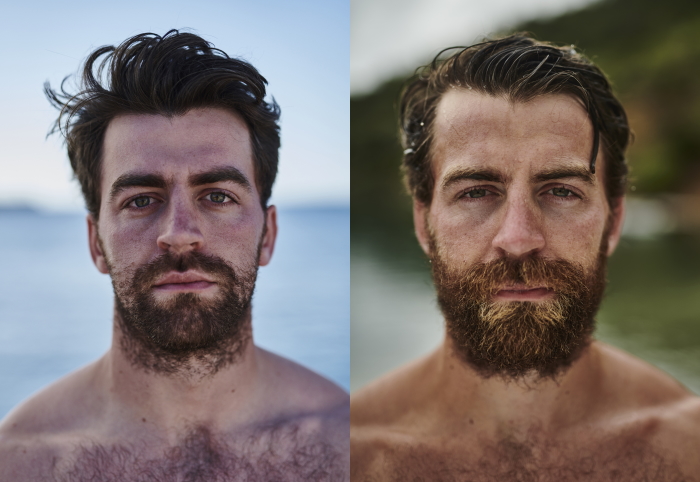 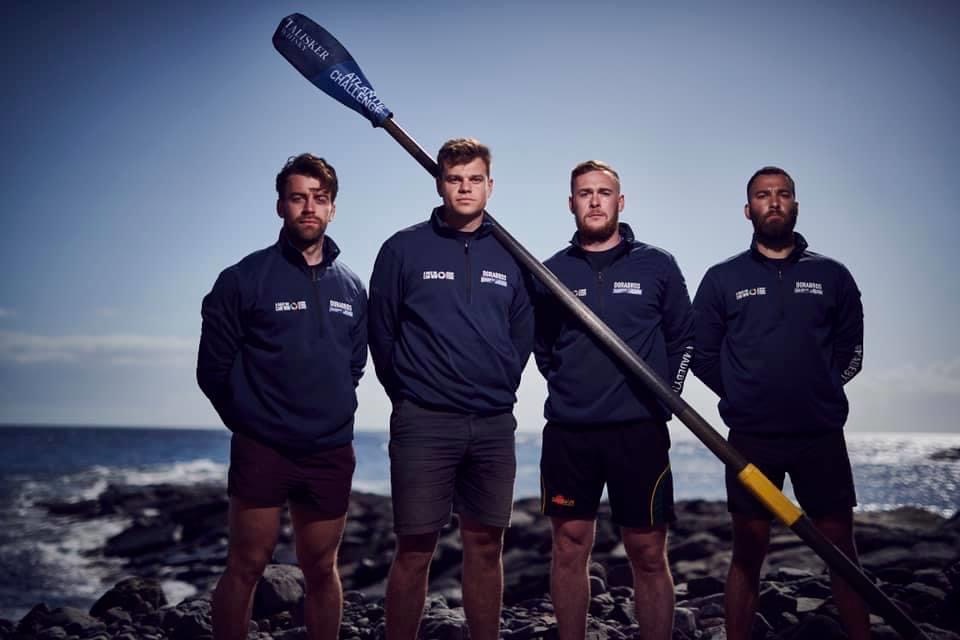 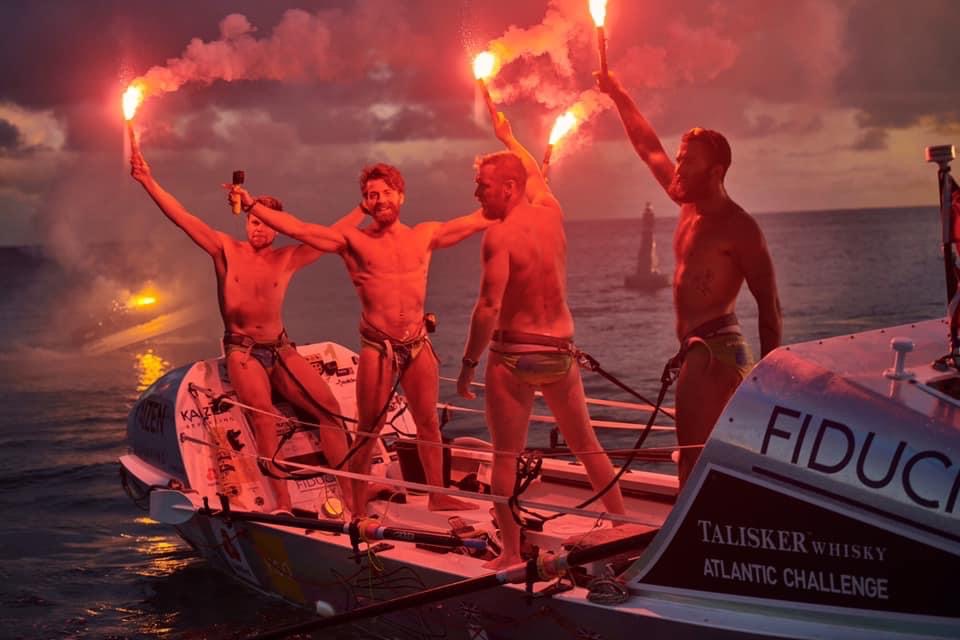 Dorabros on boat with sunset 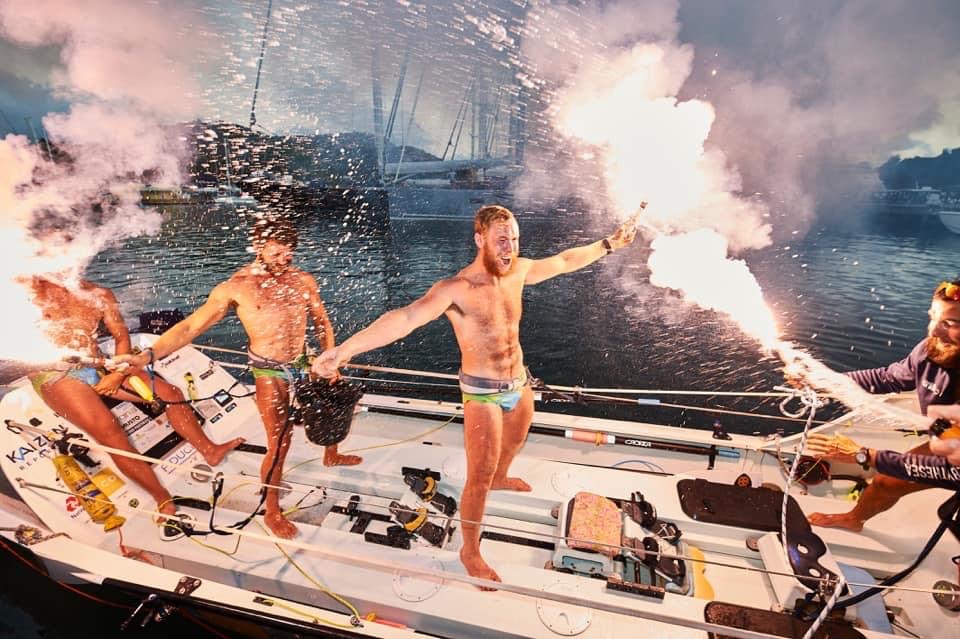 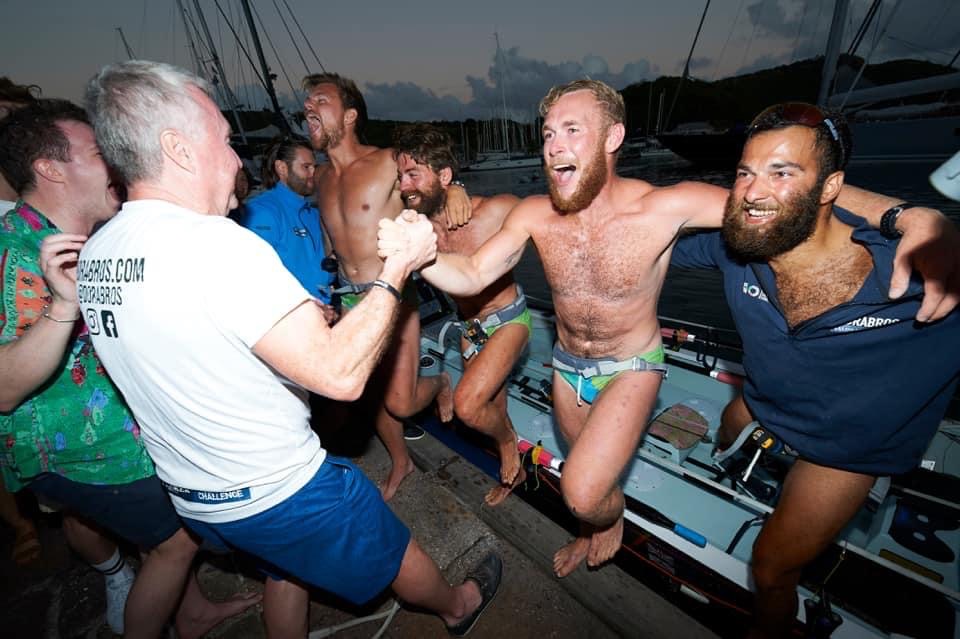 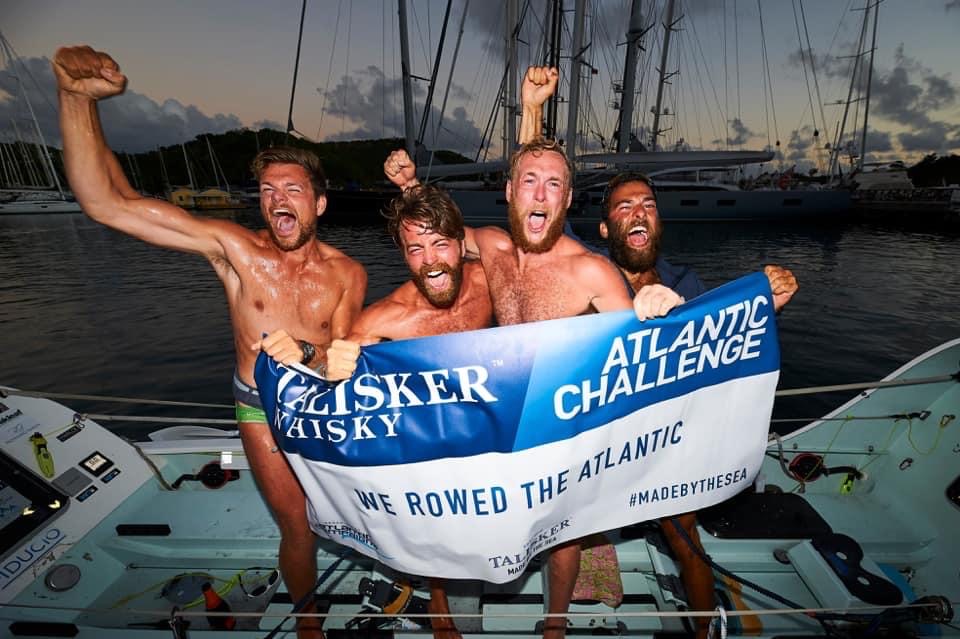 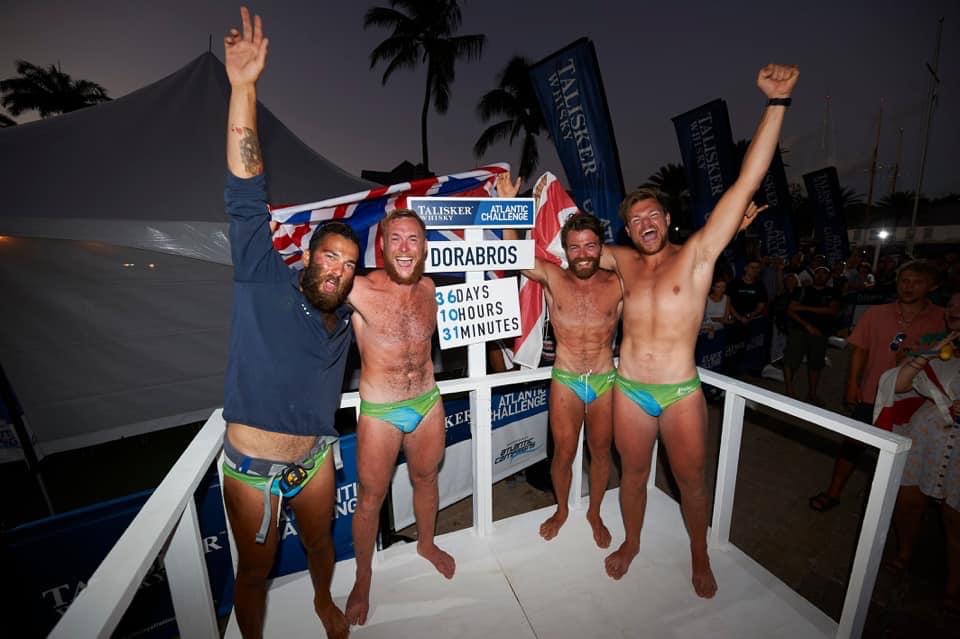 As many of us adapt to self-isolation, which can mean either being solitary or cooped up with family or friends, we have been reflecting on a great triumph Kaizen employee James Deehan achieved just a few months ago. Taking social distancing to the extreme, on 12 December 2019, James and three of his friends (also known as the Dorabros) rowed across the Atlantic Ocean as part of the Talisker Whisky Atlantic Challenge. The 3,000 nautical mile row from La Gomera in the Canary Islands to Antigua took them 36 days, 10 hours and 31 minutes. In this blog, James reveals the highs and lows of his incredible Atlantic adventure in aid of the Teenage Cancer Trust.

What comfort did you miss most being away from dry land?

“I missed clothing the most. We opted to race as light-weight as possible and that meant getting rid of any non-emergency clothing. What I would have given for a tee-shirt or jumper to shield me from the frosty Atlantic trade winds or a poncho to protect me from the walls of water that would wash over us in the 3am shift!”

What was the most challenging aspect of the row?

“The sleep deprivation was by far the most challenging thing about the row.  We rowed in two hour shifts – two hours on, two hours off for 24 hours. I was in charge of navigation and power in my off-shifts. Combining this with the cabin being roasting in the day, it basically limited my sleep to a maximum of five hours in every 24 and in very broken intervals. Physically, multiple times a shift the oar would smash into a shin with the weight of the boat behind it, often breaking the skin. In addition to my shins I also ended up with pretty bad nerve damage in my hands and tears in both my Trapezius muscles which still haven’t quite repaired.”

What was the best thing you saw whilst rowing?

“It would be difficult to narrow it down to one. The ocean fauna is incredible – we saw countless Spinnaker dolphins, Dorado (our team’s namesake), two enormous Leatherback turtles, two even bigger Mako sharks, a whale popped up to say hello on new year’s day and a butterfly landed on Lirim’s hand on Christmas Day. The sunrises and sunsets were like none I’ve ever seen – blood red skies, warm orange hues and violet tinted clouds. However, for me it was the stars. We had studied them extensively through our celestial navigation course and knowing that they had guided generations of seafarers across the same waters we were now at the mercy of, was a special thought.”

Would you recommend the Talisker Whisky Atlantic Challenge to others?

“It’s definitely not for the faint hearted. We prepared for two years solid and are all slightly unhinged! They say that the ocean will bring out the best or the worst in you – either way you’ll learn a lot about yourself. If you have the appetite and can smile while under extreme duress, no experience could be the same.”

Why is raising money for Teenage Cancer Trust so important to you and how much have you raised so far?

“The Teenage Cancer Trust is a phenomenal charity that focuses on the needs of young people in the UK who are fighting cancer. It means a lot to our team because whilst at school, a fellow student lost his life to cancer and it devastated the community. We realised we could make a huge difference – to date we have raised £94,000. We have a few events coming up and hope that they will help us push over the £100,000 mark!”

In addition to rowing the Atlantic Ocean, James and his fellow Dorabros team members have had a busy year. As if rowing 3,000 miles wasn’t enough, they’ve run the Marathon des Sables (a 250km desert ultra-marathon), swam the English Channel, completed an Ironman triathlon and cycled from Rome to London. You can help them reach their fundraising goal here.