Now that the ITS and RTS have been released, we have greater clarity on the nature of the European Commission standards for SFTR as well as the timelines. Our SFTR specialist Jonathan Lee highlights the key changes and the timeline for implementation.

On Thursday 13 December 2018, the European Commission (EC) adopted Regulatory Technical Standards (RTS) and Implementation Technical Standards (ITS) covering Article 4 ‘Transparency of SFTs’ reporting requirements under Securities Financing Transaction Reporting (SFTR). This critical step puts the wheels in motion for SFTR to become a live reporting obligation and sets an increasingly clear timeframe for the reporting to start from April 2020.

Official links: EC RTS, RTS Annex 1, and EC ITS and ITS Annex 1 and RTS for Trade Repositories (TR), RTS for TR Annexes and RTS for Access to details of SFTs held in TRs.

The RTS and ITS have been subject to some minor revisions since the ESMA publication, therefore we can confirm that it will be subject to a three month scrutiny period by the European Parliament & Council (not the one- month period for an unchanged RTS, nor the six-month period for an RTS subject to significant, material change). Following this scrutiny, it will be published in the Official Journal of the European Union.

The timeline from here is as follows in the graphic below, although experience tells us to leave approximately one month leeway around these dates: 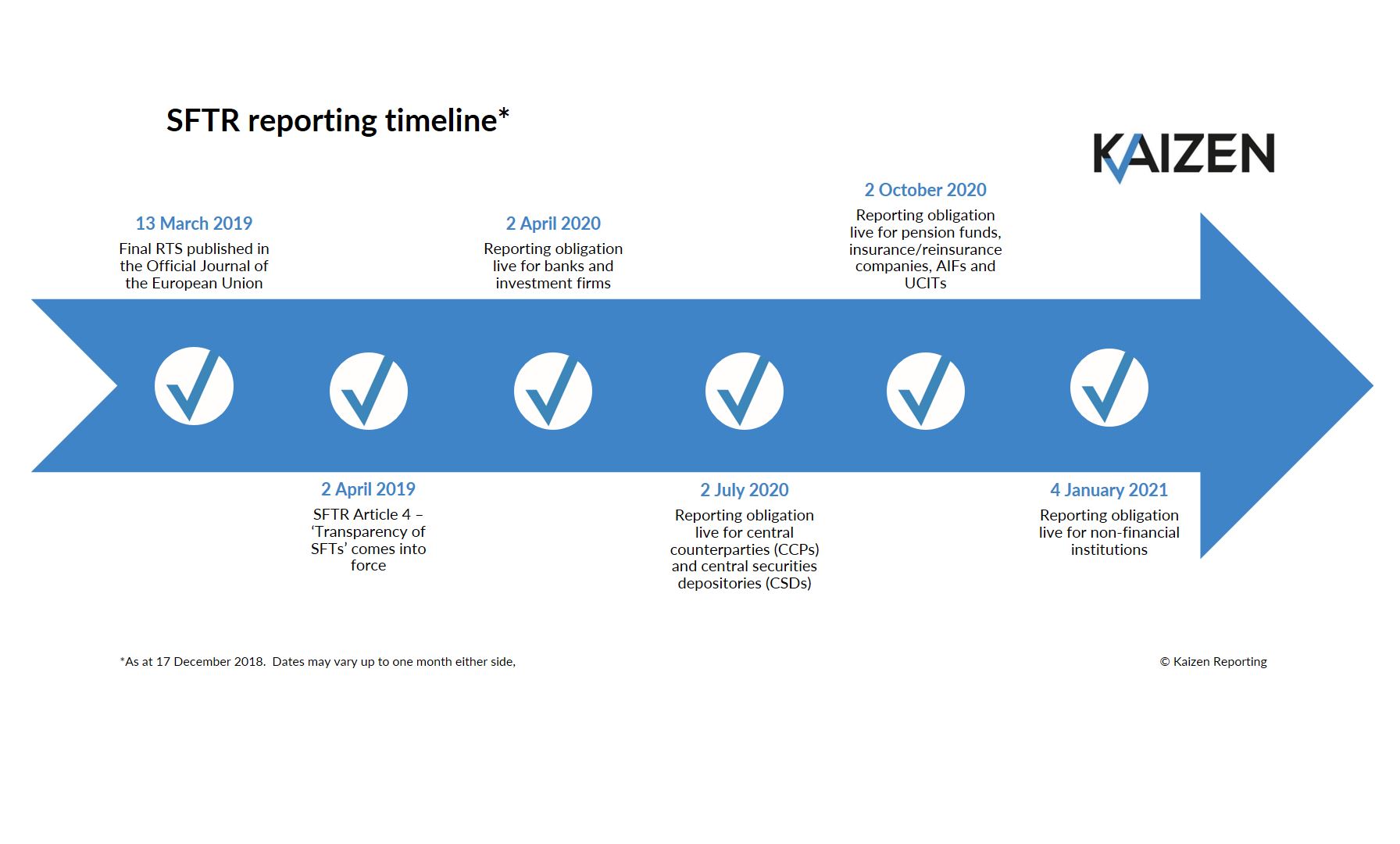 Changes to the RTS

While this announcement was much more about certainty of timing (after an extended delay), enabling European SFT counterparties to plan and budget for implementation, nonetheless there are some changes of note relative to the 31st March 2017 ESMA text. We can confirm that:

We can help you put the right controls in place

As we look forward to the festive season and find time to step away from all this talk of SFTR, we would encourage you to ensure that projects are now underway. Now is the time to start SFTR budgeting, hiring, planning, building and thinking about testing, controls and governance if your project has not already begun.

Need some help with your SFTR reporting implementation? Contact us for a consultation to find out how you can put the right controls in place to ensure accurate and effective reporting from day one. We are also rolling out an SFTR training course early in 2019 so again, please get in touch to register your interest or find out more.