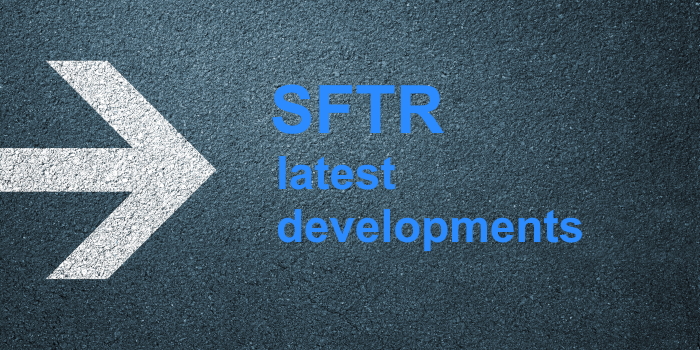 In amongst the backdrop of this very human and truly global crisis, it has been refreshing to see how innovative and productive our sector of the financial services industry has remained. Efforts continue to ensure that banks and other securities financing transaction counterparties are able to comply with SFTR reporting requirements. Banks will be joined by market infrastructures in going live on 13 July, while the buy-side will follow on 12 October and non-financial counterparties from 11 January 2021.

Following the announcement from ESMA on 19 March regarding efforts to delay the first phase of SFTR reporting, there have been further announcements and clarifications to aid the industry during these difficult times. The particular challenge that ESMA has faced has been in how to enact appropriate changes and delays in a suitably technical way to avoid needing executive approval from the EU Parliament, Council and Commission.

Backloading is no more

Backloading has become a particular area of concern and confusion. But we can now say with confidence that backloading (the need to report transactions that were opened before go-live date and still open 180 days later) has been removed as a requirement across all phases of reporting.

ESMA attempted to clarify this as best it could with an update to the initial public statement on 26 March which stated, “ESMA therefore expects competent authorities not to prioritise their supervisory actions towards counterparties, entities responsible for reporting and investment firms in respect of their reporting obligations pursuant to SFTR or MIFIR, regarding SFTs concluded between 13 April 2020 and 13 July 2020, and SFTs subject to backloading under SFTR, and to generally apply their risk-based approach in the exercise of supervisory powers in their day-to-day enforcement of applicable legislation in this area in a proportionate manner.”

Much more telling have been the conversations that ESMA has had with trade associations such as ICMA and ISLA and in statements from certain national competent authorities (NCAs). The French regulator (AMF) has been most explicit in stating “Concerning the backloading obligations and following ESMA’s update, market participants are expected to focus exclusively on the reporting of SFTs concluded on or after 13 July 2020.” Other NCAs have also provided off the record feedback to the trade associations to the same effect.

The ESMA statement above also helps clarify that in line with the delay to SFTR reporting, the need to provide MiFID II RTS 22 Transaction Reports in relation to SFTs facing European System of Central Banks (ESCB) counterparties. These reports are also not required from banks, investment firms and credit institutions until 13 July 2020.

ISLA published its SFTR Best Practice Guide earlier this week to assist securities lending market participants with their SFTR reporting. The online guide explains how to apply the regulatory technical standards across the SFTR counterparty, loan & collateral and collateral re-use data tables and how to populate each respective field. While only available to ISLA members at present, this provides a good complement to the ICMA Guide to Reporting under SFTR which is freely available.

We are helping a number of firms prepare for SFTR reporting including offering pre go-live accuracy testing of reports as well as a full suite of post go-live assurance services. Contact us for a conversation with one of our regulatory experts.