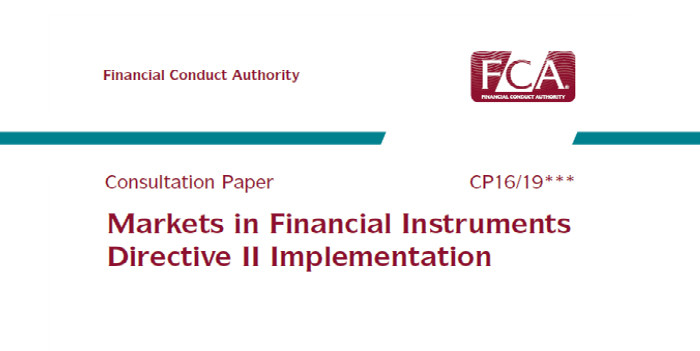 The FCA has published its second consultation paper (CP 16/19) on the implementation of MiFID II.

This consultation paper covers a range of issues including position limits and reporting for commodity derivatives, systems and controls requirements for firms providing MiFID investment services and client asset protections.

The FCA’s CEO Andrew Bailey, reiterated the importance of firms continuing on with their MiFID II preparations despite the outcome of the EU referendum.

“MiFID II contains important measures to enhance investor protection and bolster financial stability. It reflects recent themes of UK conduct regulation, such as improved controls on the manufacturing and distribution of financial products, and it implements the international commitments the UK entered into to reform derivatives markets following the financial crisis. As we said in our statement following the EU referendum, firms must continue to abide by their obligations under UK law, including those derived from EU law and continue with implementation plans for legislation that is still to come into effect,” he said in a statement.

The closing date for responses to consultation paper CP16/19 is 28 October 2016.