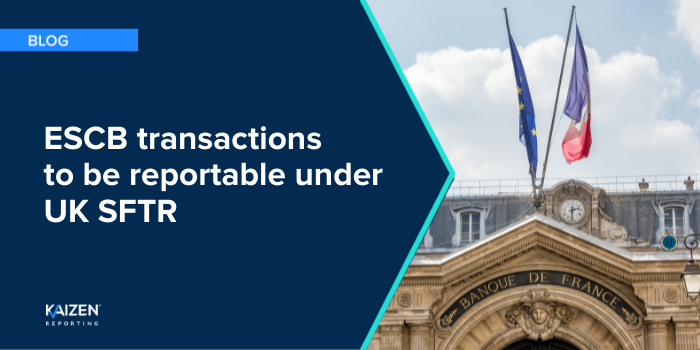 The FCA has announced that Temporary Transitional Power (TTP) will end at the close of business on 31 March 2022 and that UK established financial institutions and UK branches will be required to report transactions facing European System of Central Banks (ESCB) member banks from 1 April 2022.  This brings UK SFTR further into line with EU SFTR, where the Bank of England is treated as a third country central bank and transactions facing them are reportable.

This announcement is further evidence that the FCA is keen on limiting the regulatory burden that follows divergence from EU rules.  These changes see greater harmonisation and equivalence with EU SFTR, following the adoption of identical schemas and validation rules from 11 April.