The European Commission’s late pushback on MiFID II will cause the industry further headaches and has not surprisingly frustrated ESMA.

Last week, the Commission rejected three of the 28 MiFID II technical standards asking ESMA to take another look at them.

ESMA has responded in three open letters, saying it will get to work straight away but has made it clear that the Commission has not followed procedure and should’ve got back to it by the end of December, not nearly three months later.

One of the issues the Commission has asked for a rethink on are ESMA’s proposals for bringing more transparency to the bond markets – something we here at Kaizen are particularly interested in.

The Commission’s concerns around bond market transparency are consistent with the views of the industry. The minutes of the FCA’s recent trade association roundtable highlighted not just worries from a bond market perspective but whether appropriate and equal consideration is being applied to the other asset classes coming into scope for transparency under MiFID II such as derivatives. The new regulation is clearly attempting to remove the opaque nature of these sectors. However arguments continue that the MiFID II RTS as currently drafted would potentially damage liquidity and would in fact be harmful to liquidity providers. The Commission has clearly acknowledged these concerns and ESMA is now revising its approach.

Although a rethink on MiFID II transparency may initially appear positive, for the industry as a whole it creates further problems. Without clarity on these standards, firms will have to make broad assumptions around the current guidance as they progress with MiFID II implementation. It is unclear how long it will take ESMA to review, but the European Parliament has been clear that further delays beyond 3rd Jan 2018 are not an option and the deadline must be met.

ESMA’s response not surprisingly has highlighted the ongoing frustrations that exist in this extremely delicate and challenging area.

ESMA’s letter reveals that the Commission views the current transparency proposals on calculating liquidity inappropriate and that more frequent, timely calculations are required. It is understandable given that within the new market sectors liquidity fluctuates dramatically over short periods and a liquid security can rapidly move to being illiquid. ESMA has already faces considerable challenges sourcing the data to calibrate the regime as the MiFID only gives them the power to obtain transparency data post MiFID go-live.  In recognition of this conundrum the draft text proposes all FX derivatives be classified as illiquid for the transparency reporting obligations until such time as ESMA is able to source and assess more meaningful data.

Developments here will need to be closely monitored as small changes in the regulations have the ability to create a major impact on MiFID II projects. 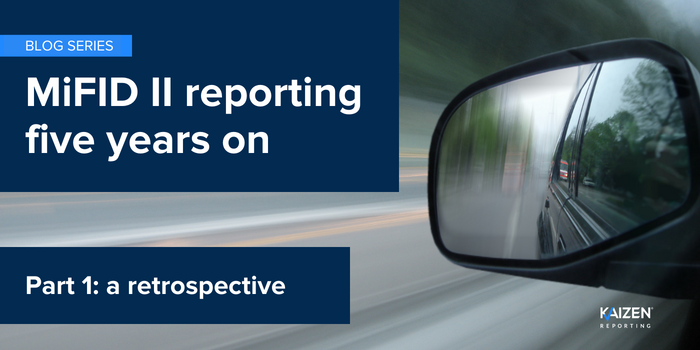